Keeping accurate accounts is a vital element in running your charity, ensuring that you are making the most of your income. Exactly what you will need to do will depend on the scale of your operation, the legal status and whether or not it is a charity.

Your voluntary management committee has a responsibility to report on the financial position of your organisation:

Find out more about the implications of different legal structures.

Accounting records must be kept for 6 years after the end of the financial year to which they refer.

All Scottish charities are required to prepare annual accounts consisting of numerical information and a Trustees’ Annual Report which is narrative information providing details that cannot be expressed in financial terms.

The Office of the Scottish Charity Regulator (OSCR) has more information on annual accounts and annual reports.

Whether your organisation needs to have its accounts checked by someone depends on:

Under statutory requirements, Scottish charities’ accounts must be externally scrutinised – either by independent examination or audit. The type of external scrutiny depends on the charity’s governing document, gross income and net assets, and whether or not the charity is also a company.

The Office of the Scottish Charity Regulator (OSCR) has more information on independent examination and audit.

An independent examination is an external review of accounts to determine whether they are a fair reflection of the underlying records for the period concerned.

In general, an independent examiner is an independent person who is reasonably believed by the voluntary management committee to have the ability and practical experience to carry out a competent examination of the accounts. This could be a banker or a lawyer, as well as an accountant.

An independent examination doesn’t have to be carried out by a registered auditor, and is likely to be much cheaper, or even free.

Your local Third Sector Interface may be able to give contact information for Independent Examiners in your area.

An independent examination is less rigorous and costly than an audit, with no opinion being expressed on the accounts.

In contrast to an independent examination, an auditor is required to build up a body of evidence and express a formal opinion on the figures contained in the annual accounts.

Under the 2006 Regulations, if the term ‘audit’ is used in a charity’s governing document, or it prepares fully accrued accounts, it must have its accounts audited by a registered auditor.

The Institute of Chartered Accountants Scotland (ICAS) has a list of registered auditors in Scotland.

If a voluntary organisation is a charitable company then they must prepare their accounts in a way that satisfies the requirements of both accounting regimes – company and charity.

Whether they are required to have an audit or an independent examination is again dependent on income and what their governing document says.

The Office of the Scottish Charity Regulator (OSCR) has more information on whether your charity accounts need an audit or an independent examination.

A SORP is a Statement of Recommended Practice. It provides recommendations on how accounting standards should be applied in the context of particular sectors and how to account for sector specific transactions.

The Charities SORP applies to charities generally in the UK, unless a more specific SORP applies (such as for the Further and Higher Education sector or Registered Social Landlords).

SORP does not apply to charities preparing receipts and payments accounts, a choice available to those with annual income below £250,000.

The purpose of the SORP is to act as a guide to preparing and presenting a charity’s annual report and accounts, so that they conform with various legal requirements, and so that the accounts give a ‘true and fair view’ of the charity’s financial activities and financial position.

The SORP tries to get away from the concept of profit as the measure of success or failure.

The profit concept is not appropriate to charities, as charity law requires them to use all funds to further their charitable objects.

The profit and loss account (income and expenditure account) is therefore replaced by a Statement of Financial Activities (SoFA).

The SoFA brings together all the resources available to the charity and shows how these have been used to fulfil the charity’s objectives.

Getting to grips with flexible technology
22nd January 2020 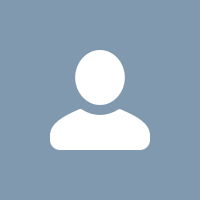